The Imperial Regional Detention Facility is a privately funded, developed, designed, built and operated detention facility currently housing ICE inmates. Arrington Watkins was the architect on this design-build contract. The 60-acre site is currently designed for a 768-bed facility with two court rooms, but is large enough to expand to as many as 1,500 beds in the future. The 768 beds are housed in both dormitories and cells. The 576 dormitory beds are housed in 9 pods of 64 beds each. The 192 beds in cells are in 3 pods of 32 double occupancy cells. Each housing pod has access, directly from the dayroom, to its own recreation yard, which also serves as an area of refuge in the event of a fire or evacuation.

The perimeter security system consists of a double perimeter fence with a shaker detection system mounted on the interior fence. Security cameras and electronically operated security doors are monitored and controlled from a central control room, which also has visual access to the public lobby and the main security corridor. 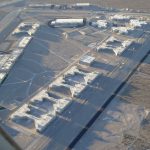 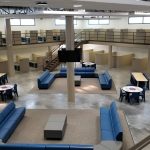 Rountree Rehabilitation & Re-Entry FacilityJails, Justice
About Us
Arrington Watkins Architects was founded in 1994 with a sharp vision of creating a different kind of design firm, one that would focus on the needs, goals, and successes of clients. We are a medium size firm with a diversely .... read more
Contact Info
5240 North 16th Street, Suite 101, Phoenix, Arizona 85016
Telephone: 602.279.4373
Fax: 602.279.9110